For Pride Month, I figured I might as well do a review of a rather Queer bok. This month’s book review is about “The House in the Cerulean Sea”, a cozy little novel written by T.J. Klune. I have immensely enjoyed his writing, starting off with the novels “withered+sere” and “crisped+sere”, and I was eager to read this novel as soon as I got my hands on it. I really wanted a hardcover version, but the shop I bought it from only had a softcover version available.

Linus Baker leads a quiet, solitary life. At forty, he lives in a tiny house with a devious cat and his old records. As a Case Worker at the Department in Charge Of Magical Youth, he spends his days overseeing the well-being of children in government-sanctioned orphanages.

When Linus is unexpectedly summoned by Extremely Upper Management he’s given a curious and highly classified assignment: travel to Marsyas Island Orphanage, where six dangerous children reside: a gnome, a sprite, a wyvern, an unidentifiable green blob, a were-Pomeranian, and the Antichrist. Linus must set aside his fears and determine whether or not they’re likely to bring about the end of days.

But the children aren’t the only secret the island keeps. Their caretaker is the charming and enigmatic Arthur Parnassus, who will do anything to keep his wards safe. As Arthur and Linus grow closer, long-held secrets are exposed, and Linus must make a choice: destroy a home or watch the world burn.

An enchanting story, masterfully told, The House in the Cerulean Sea is about the profound experience of discovering an unlikely family in an unexpected place—and realizing that family is yours.

When I first started reading this book, I was dreading the corporate descriptors, seeing myself in the same situation as Linus. The premise is very interesting, with a corporate worker rebelling against his superiors, all because of love. A review of this book described reading it as “being wrapped in a big gay blanket”, and it was not wrong. I chose to read this initially because of Pride Month, but also because I love Klune’s writing in general. As a fellow member of the LGBTQ+ community, I can appreciate when gay/queer characters are featured in a story, even more when they are written well. The relationship between Linus and his newfound love interest is magical, and it truly does leave you feeling all warm and fuzzy, wishing for a substantial connection like the one the two share.

My reviews of books are usually very objective, as I try to judge books based on how they are written, and not necessarily on how I feel about them, but it was very difficult with this. I too have a dull life, just like Linus, and it is very easy to see myself in his place.

The story aside, a lot of people have pointed out that the school system in the story is based on what is known as the “Sixties Scoop“, which obviously is a horrible thing. I have tried to separate the novel itself from the event, but it is still lingering in the back of my mind. Due to this I have deducted one star, but the story in itself is easily worthy of 5. If you are not aware of events like these occurring, it might not mean anything to you, but it was a horrible thing to happen. I adore Klune, just not this being included in the story.

I don’t award five stars to books very often, but this book was very close to receiving it.

10 thoughts on “Brief book review: The House in the Cerulean Sea” 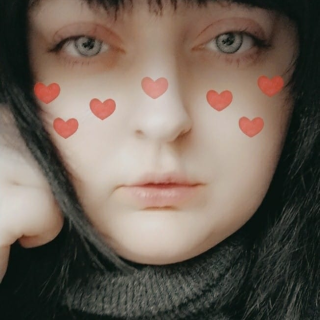